The Administration staff is comprised of culturally diverse employees in various fields of expertise for the efficient operation of the Juvenile Court and its departments. Judge Dellick and her staff are responsible to Mahoning County citizens by seeking, obtaining and securing outside funding sources through grants and foundation awards.
Responsibilities A Case Manager daily monitors cases, processing all necessary elements and preparing for the next hearing without any unnecessary delays or continuances, i.e., competency reports, predisposition reports (PDR), evaluations, etc. Case Managers are responsible for all correspondence regarding each specific case, assisting magistrates in the courtroom and coordinating with internal departments and agencies in the community of various programs and services.  Case Managers ensure the case is processed properly working with the Clerk of Courts, and maintaining efficient case flow based upon the time established by the Supreme Court.
Contact Us For more information, please call us at 330-740-2244, ext. 6529.
The Judge and Deputy Clerk are prohibited by law from giving legal advice or assistance in preparing forms or other matters that come before the Juvenile Court. Ohio Revised Code Sections 2101.41, 2101.99 (C), and 4705.01” Responsibilities The purpose of the Clerk of Courts is to receive, examine and record all motions, orders, and other papers filed in each case; enters indexes, dockets and certifies all Judgment entries and Magistrate's Orders, Processes BCI forms for criminal cases, and collects all revenue relating to filing fees, court costs, bonds, fines, and forfeitures. The Clerk of Courts is responsible for transferring cases to other Courts and jurisdictions when required, process applications for Attorney Fees, process and finalize all judgment entries and magistrate's orders and dispose of all cases. Clerks assist the public with questions and filings on their cases.
The Juvenile Court has long recognized that youths who come into contact with the justice system frequently have a variety of mental health issues that contributed to their offense(s). A disproportionate number of the children and families we serve have been touched by loss and trauma. We understand, therefore, that delinquency emerges from a variety of factors; and that successful treatment implies the need to address these underlying causes. We further recognize the need for the family/caretaker to take an active role in the youth’s treatment. The aim of the program is consistent with the Court’s overall philosophy of holding youth accountable for their actions, and ultimately reducing recidivism. The clinical staff provides youth and families with mental health therapy. Our staff will conduct a thorough diagnostic assessment and develop an individualized treatment plan tailored to the youth’s unique needs. Diverse therapeutic techniques are utilized to address a variety of needs, including improving parent-child communication, teaching parent’s effective disciplinary techniques, as well as addressing a variety of untreated mental health issues. Our staff also utilizes a variety of community services/programs to ensure continuity of care. In addition, for purposes of safety, the Court’s therapy staff is responsible for screening detained students.   A specialized Adolescent Sexual Abuser Program (A.S.A.P.) is also available for the assessment and therapeutic treatment of youth that have been adjudicated for sexual offenses.   Who is eligible to participate? Our services are available to any Mahoning County resident who is seeking help with their minor child(ren).  Length of Program? When services are voluntarily requested, the length of treatment will be mutually decided upon based upon the nature of the problems addressed and attainment of the agreed upon treatment goals. Any Program cost to Parents/Youth ? No direct cost to participants. James DeLucia,LPCC-S, Director of Clinical Services 330-740-2244 Ext. 6402 jdelucia@mahoningcountyoh.gov   Contact Information
Karen Guerrieri-Marr, LPC, SWA                    Counselor              330-740-2244 Ext. 6412      kguerrieri@mahoningcountyoh.gov
Kim Steele, LPCC-S, LSW, LICDC-CS
Counselor, Social Worker,
Chemical Dependency Counselor

The mission of the Mahoning County Juvenile Detention Center (MCJDC) is:
The vision of the MCJDC is to support youth and families in building caring and safe communities.

Jurisdiction extends to Mahoning County youth 17 and under. If the delinquent act was committed prior to the age of 18, jurisdiction may be extended to age 21. Youth from outside Mahoning County who are accused of an offense in Mahoning County, runaways, or those under court order, may also be detained in the MCJDC.

The Mahoning County Juvenile Detention Center (MCJDC), located in Youngstown, Ohio, was established in 1979, as a 24-hour, 40-bed coed detention facility. The primary purpose of the MCJDC is to provide a secure and safe environment for youth during the Court hearing process on a delinquency charge or while awaiting placement or commitment to another facility. Jason Lanzo, Detention Director, oversees the daily operations of the MCJDC. Jason is currently a member of the Ohio Juvenile Detention Directors Association. Potential employees must complete a background investigation, psychological evaluation, a physical, and a drug screen to be eligible for employment at the MCJDC. Students placed in Detention will have an arraignment hearing within seventy-two hours upon admission.

The MCJDC follows the guidelines and requirements set forth by the Ohio Department of Youth Services and the American Correctional Association. The MCJDC is currently seeking its fourth 3-year Accreditation from the American Correctional Association in September of 2016, and passed their yearly inspection from the Ohio Department of Youth Services in May 2015. On July 15, 2015 the MCJDC implemented the R.A.I. Assessment, which gives the Detention Center and the Intake Department a releasing authority. The MCJDC and other facilities assisted the Northeast Ohio Juvenile Detention Professional Development Project, and the Global Issues Resource Center at Cuyahoga Community College, in the development of a training curriculum for Juvenile Corrections Officers. The curriculum attempts to address deficiencies in staff training that can lead to turnover and increased operational costs. For more information on this curriculum, visit: http://www.creducation.org/cre/jdo/

Each student in Detention has a private room on a unit composed of 10 rooms and a large common space. Students are assigned to a unit based on age, charge(s), physical size, and sex. Two Juvenile Corrections Officers Supervise each unit during the waking hours and one supervises during sleeping hours.

At times, the MCJDC place students in placement upon their release from the facility. Students may be released to the following placements:

Organizations and/or individuals interested in volunteering at the MCJDC should contact Father James Barkett (330-740-2244 ext. 6481) for information. Those interested must submit a volunteer application to the Court.

The Intake Department is the first entry point for all referrals and police reports made to the Court.  Referrals include police reports, detention admissions, misdemeanor citations; transfer in for disposition or probation, referrals from schools or others social agencies, as well as phone-ins and walk-ins.

The responsibility of Intake is to divert cases when appropriate as stated in Ohio Juvenile Rule 9(A) which states “In all appropriate cases, formal court action should be avoided and other community resources utilized to ameliorate situations brought to the attention of the court”.  The Intake Director reviews and records each referral and expedites those needing immediate attention.  The remaining referrals are then forwarded to the Intake Officers to cross reference information and create the case in the computer.  Intake screens all referrals to determine if they should be handles through an informal hearing or referred to the Prosecutor’s Office for official filing.  All felonies are referred to the Prosecutor for consideration of official charges.  This determination is based on a number of factors such as:

All tobacco and traffic citations are official.

Police reports that are curfews, minor misdemeanors or low level misdemeanors where by it is a first time offender is handled through an Intake Conference or referred to Probation Officer is the youth is open on probation.  Referrals that are received from schools either for truancy or behaviors, social agencies or families are also addressed by Intake Officers through Intake Conferences.  During the conference the child and parent are given an opportunity to discuss concerns, strengths and issues that have brought them to the attention of the Court.  Intake Officers take into consideration the behavior of the child, school status and family dynamics which may be contributing to the incorrigible behavior.  Upon conclusion of the Conference the Officer will make recommendations for Court or community programming that may be appropriate. The OYAS Diversion/Detention Tool is used to score level risk, as is an SBIRT. The following Court programs are options: Parent Project, Counseling, TASC, Girls Circle, Boys Programming, Detention Tour, ADHD Program, Community Service and Wrap around.

Another function of Intake occurs when a youth enters the Detention Center.  Each morning the admissions sheets are collected, parents are contacted with an Arraignment time, a copy of the police report and admission is given to the Prosecutor’s Office.  The Family Engagement Coordinator will communicate with the families explaining the process of the court while assisting the defense attorney and prosecutor with collateral information.

Probation is a legal status imposed by court order following an adjudication that determines that a child is delinquent, unruly, or a juvenile traffic offender. The child is permitted to remain in his or her home subject to supervision that is provided by the probation department.  To expedite the supervision of offenders and protection of the community, specialized caseloads have been developed. Officers working these caseloads become experts in a particular area and manage offenders who present unique or multiple problems. We provide the following types of probation: Mission Statement The mission of the Mahoning County Juvenile Probation Department is to provide evidence based services that will protect the community from further delinquency, to enforce graduated sanctions and offer least restrictive rehabilitative opportunities that are in the best interest of the juvenile and their family.


Mission of the Probation Officer: Provides for the protection of the community and its citizens by providing investigations, recommendations and reports for the Courts, enforcing orders of the Courts, and securing supervision and treatment for probationers who are under the jurisdiction of the Mahoning County Juvenile Court and its Probation Department. The Probation Department works to keep the community safe, to assist students in developing competencies, and to hold them accountable for their unlawful behaviors. We strive to remain diligent in our duty to monitor the youth on Probation in Mahoning County.


The EPICS model is designed to use a combination of monitoring, referrals, and face-to-face interactions to provide the offenders with a sufficient “dosage” of treatment interventions, and make the best possible use of time to develop a collaborative working relationship.  The EPICS model helps translate the risk, needs and responsivity principles into practice. Community supervision officers or case managers are taught to increase dosage to higher risk offenders, stay focused on criminogenic needs, especially the thought-behavior link, and to use a social learning, cognitive behavioral approach to their interactions.  The EPICS model is not intended to replace other programming and services, but rather is an attempt to more fully utilize staff as agents of change. 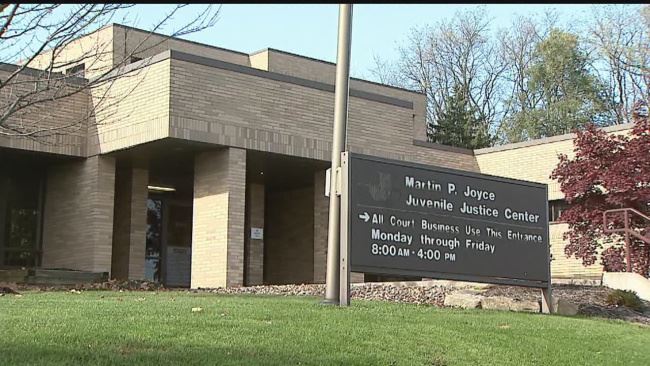