The term "probate" comes from the Latin word probatio, meaning "to prove." Matters in early English religious courts were proven before an ecclesiastical judge. Early American probate courts may be traced back to English Courts of Chancery and ecclesiastical, or religious courts, which had jurisdiction over the probate of wills, administration of estates, and guardianships.

The first probate court in the United States was established in Massachusetts in 1784. Similar courts were subsequently established in other states under the name of surrogate, orphan courts, or courts of the ordinary. The Northwest Ordinance of 1787 provided for the first probate judge and court in the Ohio Territory. Under the first Ohio Constitution written in 1802, the court of common pleas had exclusive jurisdiction of probate matters. The Constitution of 1851 removed probate matters from the jurisdiction of common pleas courts and created in each county a separate probate court. Subsequent amendments to the Constitution in 1912, 1951, 1968, and 1973, and changes in the codified law in 1932 and 1976, have made the probate court what it is today: a special division of the court of common pleas. Virtually all of Ohio's 88 counties has a probate division of its court of common Pleas. The Ohio legislature has, through its enactment of statutory laws, assigned over 200 duties to the probate courts.

Adoptions
Adoptions are begun by filing a petition for adoption, for placement or both. All adoptions must be approved by the Probate Court before they become final. Person or persons wishing to adopt are required to submit to an investigation of their living environment by professionally-trained personnel to insure their suitability as parents.

Birth Certificates, Registration & Correction
If a birth has not been recorded, or if a birth certificate has been lost, destroyed, or improperly or inaccurately recorded, the Probate Court has the power, upon application, to require recording or correction of the certificate. Additionally, information on births and deaths between 1864 and 1908 may be available in the Probate Court.

Changes of Names
Applications for legal change of name are filed in the Probate Court. After the publishing of notice and hearing, the Court, if reasonable and proper cause exists, may grant a name change.

Consent for Medical Treatment
Objections to consent for or the withdrawal of medical treatment, given under powers of attorney for health care or advance directives (living wills), are filed in the Probate Court. In addition, objections and authority for consent to medical treatment where there is neither a power of attorney nor an advance directive may also be filed in the Probate Court.

Court Officers
JUDGE: The office of Judge of the Court of Common Pleas, Probate Division, is an elective position. It is a non-partisan, six-year term. As a Judge of the Court of Common Pleas, the Probate Judge, in addition to exclusive probate jurisdiction, may exercise full criminal and civil powers. When assigned to one of the other divisions, a Probate Judge may hear either criminal or non-probate civil cases.

In Ohio's less populous counties, the duties of a Probate Court may be handled by a judge who is both probate judge and juvenile judge, or, in the smallest of Ohio's counties, one common pleas judge may handle all matters, including probate.

Referees/magistrates
Under Ohio law, a Judge may appoint attorneys, referees or magistrates to handle certain cases filed with a court. Due to heavy caseloads, probate courts use this system. A magistrate acts and makes his decision in the same manner as a Judge. In contested matters, a magistrate's decision and/or order is issued. If the magistrate's decision or order is not objected to, the report becomes the decision and order of the court. If an objection is filed, the Judge may accept, modify, or reject the report or hear the matter. The referee/magistrate system has proven to be an efficient and effective means of handling an ever-increasing volume of filings.

Investigators
To determine whether to grant an adoption or guardianship, and to supervise guardianships, the probate court appoints investigators. The Probate Court may also appoint investigators to investigate and report upon the administration of trusts.

Deputy Clerks
The Ohio Revised Code authorizes the Probate Judge to appoint deputy clerks to assist in carrying out the business of the court. All of the court's appointees are sworn as deputy clerks. The specific task of each clerk varies from that of issuing marriage licenses to handling and reviewing inventories and accounts. Each clerk is authorized to act in an official capacity to accept filings and certify records of the Probate Court.

Estate Administration
Estate administration involves the Court overseeing the transfer of a decedent's probatable assets to their beneficiaries and heirs. The Court accomplishes this task by appointing a fiduciary, either an executor or an administrator, who collects the assets, pays any outstanding debts, and then distributes the remaining assets to those who are entitled to receive them. The Court supervises the actions of the fiduciary by requiring a bond, when necessary, and the filing of various documents, including an inventory and an accounting.

Funding
The money to operate the Probate Court is chiefly provided by the general fund of the county in which the court is located. However, the Court returns substantial monies to the general fund through the collection of fees and costs.

Guardianships, Generally
The Court may appoint, after a hearing and investigation, a guardian for a minor, or for an adult who is found to be incompetent to take proper care of himself or his property. A guardian, with Court supervision, is responsible for making personal and/or financial decisions for the ward. Court supervision is accomplished, in part, through the filing of reports and accountings by the guardian. Both a minor and an adult ward have a number of rights and protections to insure against an unnecessary or ineffective guardianship, including, for the adult ward, the right to be represented by an attorney.

Jurisdiction of the Court
The Ohio Revised Code places over two hundred separate duties upon the Probate Court. Those duties range from issuing marriage licenses to overseeing testamentary trusts valued in the tens of millions of dollars.

The exception to the rule is found in land appropriations. In those matters, the Court, when requested by a party, must impanel a jury to determine disputed facts. In practice and with the exception of land appropriations, almost all probate matters are decided by a Judge or magistrate sitting without a jury.

Land Appropriations
The Probate Court has concurrent jurisdiction with the general division of the court of common pleas to hear land appropriation cases. In a land appropriation, real property is being taken by the state, city, county, or a public utility under the laws of eminent domain, for a public purpose such as highway or power line construction. The main question resolved, usually by a jury, is the value to be paid to the owner(s) for the property taken.

In the majority of probate matters, procedure is informal. Normally, probate filings consist of various forms, affidavits, reports, accountings, or other documents filed for the Court's review. In most cases, there is no opposition to those filings. Thus, it is not usually an adversary situation in which two opposing parties appear before the court. Much of the Court's work is done with only one party appearing before the Judge, magistrate, or deputy clerk in an informal setting. When a contested or adversarial matter, such as a declaratory judgment, will contest, or land appropriation, is heard, the Court's procedure is identical to that of any other trial court.

Legal Practice in the Probate Court
Legal practice in the probate court is restricted by law to attorneys who are licensed by the Supreme Court of Ohio. If an individual wishes to handle his or her own case, he or she may do so. However, they may not represent others. Due to the complexity of the law and desire to avoid costly errors, many individuals who have filings before the court are represented by an attorney. Deputy clerks are prevented by law from practicing law and, therefore, are limited in the amount of information they are permitted to give.

Marriage Licenses
The Probate Court has exclusive jurisdiction to issue marriage licenses. Upon review of the application, a deputy clerk will issue a license for marriage. Over 100,000 licenses are issued annually by Ohio Probate Courts. Mahoning County Probate Court issues over 1,700 licenses annually.

Mental Illness & Mental Disability
Involuntary commitments of the mentally ill and the mentally retarded to state hospitals or state licensed facilities are the responsibility of the Probate Court. The Court is required to hold evidentiary hearings to determine the appropriateness of commitment and the length and place of treatment. Since the involuntary commitment involves the loss of liberty, the Court insures protection of an individual's rights by providing legal representation at each step of the commitment process.

Records
The Probate Judge is also the ex officio clerk of his own Court. As clerk, he is responsible for the keeping and maintaining of all records and filings of the Probate Court.

Wills
The Probate Court is also responsible for individual Last Wills and Testaments as follows:
Safekeeping - Prior to the death of the testator (maker) and for a small filing fee, a Will may be deposited with the Probate Court for safekeeping.

Probate - On the death of the testator, a Will may be admitted to probate by the Court. Once admitted, the Will may control the estate=s administration and the distribution of the decedent's assets. If no Will is admitted to probate, the Ohio Revised Code will control administration and distribution of the decedent's assets.
Will Contest - if a Will is contested, a trial may be conducted by the Court to determine the validity of the Will. If requested, a trial by jury may be allowed by the Court.

Notice
This information is designed as a service to the public in order to provide a general understanding of the duties and procedures of the probate courts of Ohio. This information should not be considered as a legal reference. If you have a legal question dealing with probate, an attorney should be consulted. This information is reprinted with the permission of the Ohio Association of Probate Judges with some modifications by the Mahoning County Probate Court. 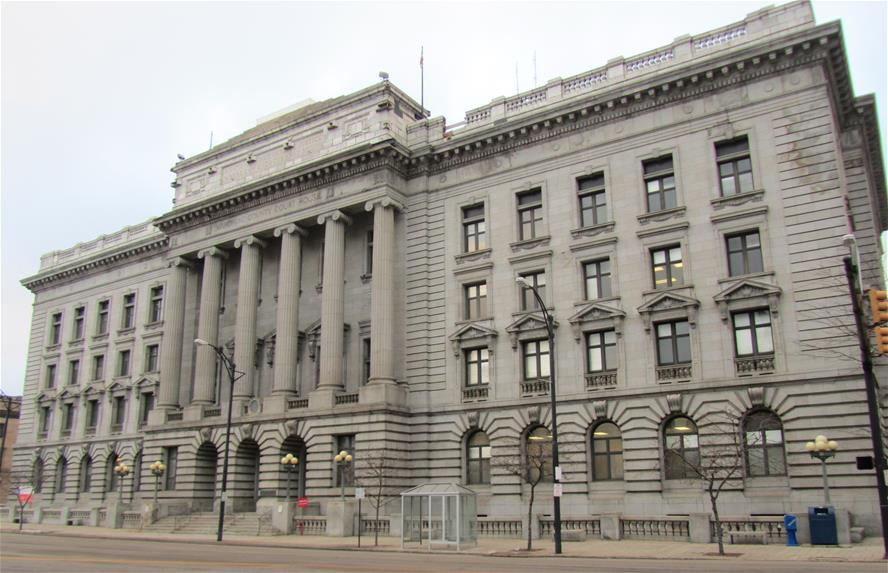